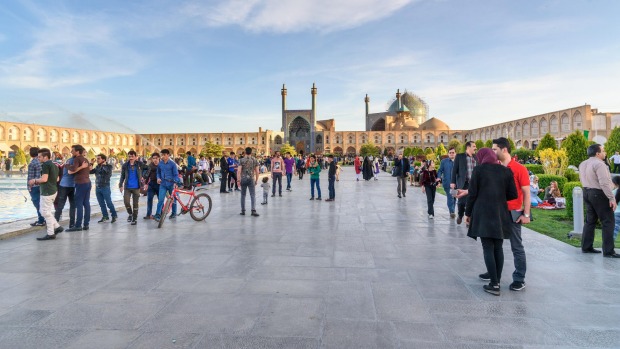 Millions of visitors travel to Isfahan every year to immerse themselves in the city’s magnificent architecture and history. Isfahan was the capital of Iran during two important dynasties, the Seljuq and the Safavid. It was during the latter that many of the famous historical sites of this city were constructed.

There is a vast number of places to visit in Isfahan, and it would take a long time to visit all of them. Below we have provided you with a list of the most popular destinations that every tourist will enjoy visiting.

Naqsh-e Jahan Square, also known as Meydan-e Emam, is a historical square that was built in the early 17th century by Shah Abbas I, in his master plan to rebuild Isfahan as the capital of his political power. This UNESCO World Heritage Site is located in the very center of Isfahan.

It is no exaggeration to say that Naghsh-e Jahan is the beating heart of Isfahan tourism. You can find some e city’s prominent attractions in Naghsh-e Jahan. These include the Shah Mosque, Ali Qapu, Sheykh Lotfollah Mosque, and Isfahan Grand Bazaar. The entire square, with its shops, mosques, and buildings, is an aesthetic masterpiece.

The Vank Cathedral, also known as the Amenaperkich Cathedral, is a cathedral located in the New Julfa district of Isfahan. It was built in 1606 A.C by Shah Abbas I, dedicated to Armenians he had resettled during the Ottoman wars at the time.

Unlike other Armenian cathedrals which were made of stone, the Vank Cathedral is based on Adobe. It is also fascinating to know that the Vank cathedral has borrowed some elements from the Islamic architecture of the time, making it unprecedented not just in Isfahan, but the entire world.

Considered the largest Iranian construction on water, Si-o-se-pol (literally meaning 33 bridges) is not only a major contributor to the popularity of Isfahan tourism but also one of Iran’s most popular tourist destinations. It was built between 1599 and 1602 during the reign of Shah Abbas I, and under the supervision of Allahverdikhan Undalidze (that is why the bridge is also called Allahverdikhan Bridge).

Si-o-se-pol is built of yellow bricks and limestone which were the popular material of the age. It also has a unique architecture; it consists of 33 arches on the first level of the bridge, with walled paths that protect pedestrians from wind or falling into the water.

The best time to visit Si-o-se-pol is in the evening. Under the warm glow of numerous lamps, one can take a stroll and enjoy the breathtaking beauty of the city of Isfahan.

The Music Museum of Isfahan was built in 2015 with the purpose of letting visitors see, hear, and understand over 300 musical instruments. Many of the instruments found in this museum are unique to Iran, and many others can only be found in a handful of countries.

If you really want to enjoy your visit to the museum, join its official daily tours. They will provide you with extra information and historical background on the instruments, and in the end will bid you farewell with a live musical performance! If you think Isfahan tourism is limited to sightseeing and historical sites, this museum will surely change your mind.

Chehel Sotoun, literally meaning forty columns, is a royal pavilion that was built by Shah Abbas I a place to receive ambassadors and international guests. It was in the time of Shah Abbas II, however, that the palace was upgraded to include several of its famous features, including the Mirror Hall, the 18-Sotoun Hall, and the paintings on the walls.

Inside the palace, you can find various paintings and frescoes on ceramic. They depict historical scenes such as the famous Battle of Chaldiran between Iran and the Ottomans, Shah Abbas I in his special crown, and the reception of an Uzbek King in 1646, among many others. The Chehel Sotun Palace, along with eight other gardens, is registered as a UNESCO World Heritage Site under the name of the Persian Gulf.

Before you pack your bags and get on the next plane to Isfahan, it is a good idea to familiarize yourself with the essential Iran travel advice that will be useful for your trip to Iran. 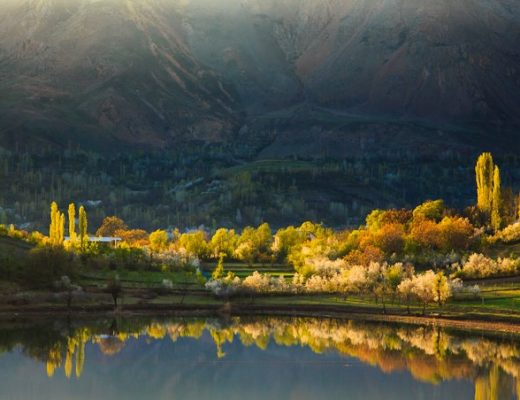 Lakes in Iran that you should visit 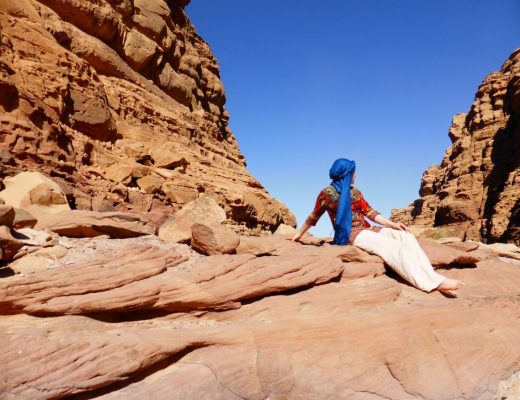