Before traveling to Iran, get sure that you are ready for every weather condition. If you have heard about Iran being a four season country, you will not be surprised. Iran is a dry country with long hot summers in most parts which is also cool in its short winters. January is the coldest and August is the hottest months.

Since Iran is a part of the Alpine-Himalayan orogenic belt, two arrays of mountain ranges, Alborz and Zagros, are respectively extending along northern and western parts of Iran and the ranges provide diverse weather conditions. There are also vast deserts in the middle of the country that characterize subtropical aridity of Arabian deserts. Iran is also very hot and humid in the coastal areas of the Persian Gulf and Oman Sea. The northern coast, between the Caspian Sea and Alborz range, is known for its forests, heavy rainfalls, and humidity.

Now you have to decide where you want to visit in which season. Here’s a brief introduction to Iranian climates that are at least four types of climate classifications. By the way, late winter, spring, and early fall are suggested to every tourist who wants to pay a visit to Iran.

Iran is climatically part of the Afro-Asian belt of deserts which means if you get more than tens of kilometers away from the southern coastal area, in inland areas of southwestern Iran, and hundreds of kilometers in southeastern parts of the country, in northern Sistan and Baluchestan province and especially in Kerman, Southern Khorasan, and Yazd province, you face with arid hot desert climate with the average temperature above 18 degree Celsius and low precipitations to sustain any vegetation. To visit ancient cities such as Yazd and Kerman it is strongly recommended to avoid summers but if you want to spend a night at Loot Desert, fall and winter are good times.

Middle and northeastern of Iran are covered with thousands of years of history and steppe climates which intermediate between desert and humid climates in ecological characteristics and agricultural potential. If you are interested in historic sites and Iranian culture you do not want to miss central Iran, including cities such as Isfahan, Shiraz, or Mashhad in northeastern. If you want just to pack light cotton clothes and t-shirts, spring is the best time to hang around in these parts but early fall is also a proper choice to experience central Iran’s vibes. Summers would be exhausting hot.

Southern coastal parts represent the characteristics of high or semi-humid climates with dry summers and mild winters. Total moisture is usually high in spring and summer and fall and winter are cool and short, being perfect for your trip to the islands such as Kish, Qeshm, or Hormoz in the Persian Gulf.

Above mountainous regions of northern Iran lay the beautiful green belt of forests and coastal cities. Heavy rainfall from summer to mid-winter which does not stop throughout the year, demands raincoats or umbrellas to be taken for your trip. Cities such as Rasht, Sari, and Bandar-e Anzali are among cities you should not miss. The weather in this part is not very predictable. There is always a chance of rainstorms or even floods at some points but do not forget to visit the Caspian Hyrcanian Mixed Forests covering about tens of thousands of kilometers near the southern shores of the sea of Iran. 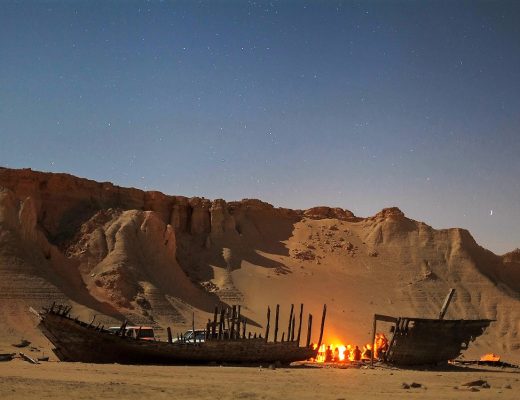 Places to visit in Kashan