Places to visit in Kashan

Awe inspiring 19th-century mansions, opulent courtyards, and colorful tiling make Kashan attractions a perfect setting for fairy tales if they were real, and somewhere you shouldn’t miss while visiting Iran.
(If you are interested in visiting Iran and you do not know how to get you visa online, read here for tourist visa, or here for on arrival visa.)

If you are not familiar with the settings of fairy tales from One thousand and One Nights, or ever wondered where Prince of Persia could take place, read the rest to find out where we are talking about.

Being a three-hour drive from Tehran, on route to Isfahan and Shiraz, awesome historic sites in Kashan call on every tourist to pay a visit to one of the ancient cities of Iran which was among the primary centers of civilization in pre-historic ages.

There are many historical places to visit in Kashan along with significant events to attend during your trip to the oasis city on the edge of Dasht-e Kavir.
So what is waiting for you in Kashan to be explored?

Kashan, the second famous city of Isfahan province, is facing mountains in the west and the largest astronomical telescope of Iran and dessert in the east which would be of great value to amateur astronomers who crave observing the night’s sky.

The journey through time would begin when you visit Sialk hillocks which still stand in the suburbs for 7,000 years and the trip continues once the well-tended oasis unravels before you.

Carpet, silk, textiles, and marble and copper handicrafts make Kashan a treasure trove of Iranian souvenirs and leave no worries for whom struggling to find a perfect reminder of Iran.

Repurposed intimate little inns accompanied by the greenery of Persian gardens would save you from being parched by the sun and provide cozy resting places for travelers.

Read the following to find out about the finest edifices of the Qajarid and Safavid era.

Built in the 16th century as a leisure vacation spot for Safavi Kings, Fin Garden is listed among eight other Persian gardens in Unesco World Heritage Site.

But some places, as in Fin Garden, are settings for bloody tales which will be unraveled in the next paragraphs.

The garden is not only famous for its symmetrical geometry, 500-year old cedars, or spring-fed turquoise-tiled pools but also for the dramatic story, taking place during Qajar era.

At the 19th century, Amir Kabir who was then prime minister under Qajarid king Nasser ol-din Shah had been imprisoned in the Fin Garden and later murdered in bathhouse complex (hammam) by an assassin sent by the king, who was persuaded by his mother to get rid of the nationalist chancellor.

Once colored by the blood of the modernizer hero, the bathhouse is now a museum for whom that want to see the historic setting and pay homage to the great Amir Kabir in person.

There is also another museum available, called Kashani Museum, which showcases traditional artifacts including velvet, brocade, ceramics, and calligraphy.

While you are in the classical Persian vision of paradise, do not miss having a Kashani barley soup in winter or a cup of rosewater ice-cream in summer, which only cost 5,000 Tomans (read abour Iranian currency here.)

Once you hear its story, you will find out the Borujerdis House was built for showing the passion of a wealthy merchant to the daughter of the affluent Tabatabaei family.

The house, which is a relic of the Qajar bygone era, took 18 years and 150 craftsmen to be built in the 19th century. It represents one of the culture legacies of the Persian historical gardens with colorful wall paintings and ceilings, tall wind towers, or delicate arches.

Classic signatures of the Persian residential architecture including interior and exterior yards or mirror hall can be seen around or in the mansion which is the best among four Qajar houses in Kashan.

Visiting the house would cost you about 15,000 Tomans if you do not buy a combined ticket which let you also visit Tabatabaei and Abbasi Houses and costs more.

Kashan was and still is home to many caravanserais and numerous large traditional houses, built during 18th and 19th centuries.

These finest examples of Qajar and Safavid aesthetics make the city a focal tourist attraction which would provide the best strolls for tourists who can use well-equipped traditional Kashan hotels for stretching their legs.

Tabatabaei House is also part of the ancient edifices located in the traditional neighborhood of the city.

It was built by the order of a carpet merchant under the supervision of the same architecture who designed and erected the Borujerdis House.

The house consists of 40 rooms, four courtyards, four basements, and three wind towers as well as two Qanats which is an old system of water supply from a deep well.

The complicated architecture of the mansion, along with amazing plaster and tile works on walls and columns or many-hued glasses of the windows, splashing colors in the interior of the mansion, are worthy to spend at least two days in this treasure trove of Persian culture.

An exquisite example of Kashan’s residential architecture, the house consists of five different courtyards and mansions for different purposes that the fifth house has become a traditional restaurant.

The house is very complicated that you may get lost if wandering around it without a tour guide.

Secret passageways were built into the house for escape in the time of invasions.

One of the ceilings is decorated with pieces of mirrors that with the nocturnal glitter of candles give the impression of a starry night.

The house is now a museum and is protected by Iran’s Cultural Heritage Organization.

The earthquake of 1778 had leveled the city of Kashan and all the edifices of Shah Abbas Safavi that later renovated during the Qajar era. One of the edifices is a traditional Iranian public bathhouse in Kashan, called Sultan Amir Ahmad Bathhouse and it is named after an Imamzadeh, whose mausoleum is nearby.

Two main parts of the bathhouse, Sarbineh (the dressing hall) and Garmkhaneh (the hot bathing hall) along with and teahouse are all decorated with fine turquoise and gold tile , plaster, and brick works as well as artistic paintings.

Multiple domes with convex glasses to provide sufficient lighting to the bathhouse are located on the roof which you can visit by taking the stairs. 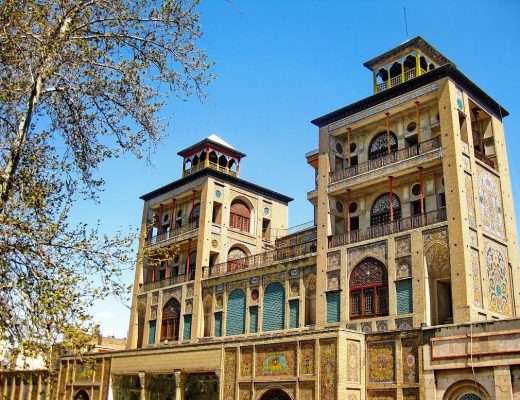 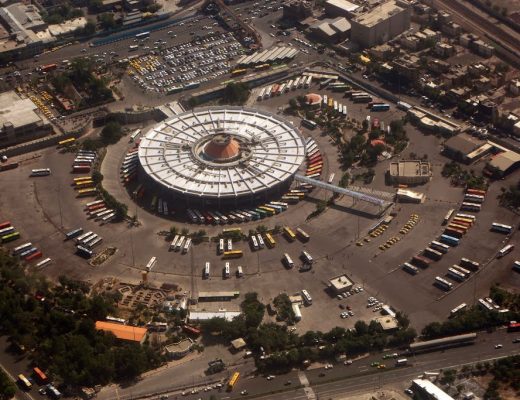 How to get on an intercity bus in Tehran